From The Tonight Show, The Late Late Show & Parks & Recreation Comedian Bil Dwyer headlines at The Theatre in Reno, NV on Friday Oct 7th at 8:30pm.

Bil Dwyer is often recognized from VH1’s highly rated I Love the… series and for hosting such shows as BattleBots, Extreme Dodgeball, I’ve Got a Secret, That 70’s House, Dirty Rotten Cheater, Ultimate Fan League and more.

He starred in his own half-hour Comedy Central Presents special, appeared on The Tonight Show and The Late Late Show, and was a finalist in season four of NBC’s Last Comic Standing.

Bil’s acting credits include guest spots on Loot, Parks and Recreation, The Middle, Space Force, Children’s Hospital, and a recurring role on Hot in Cleveland as Valerie Bertinelli’s ex-husband.

Watch a clip of his work on YouTube!  https://www.youtube.com/watch?v=nsmKXrl5Ehk 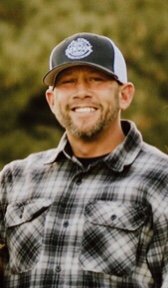